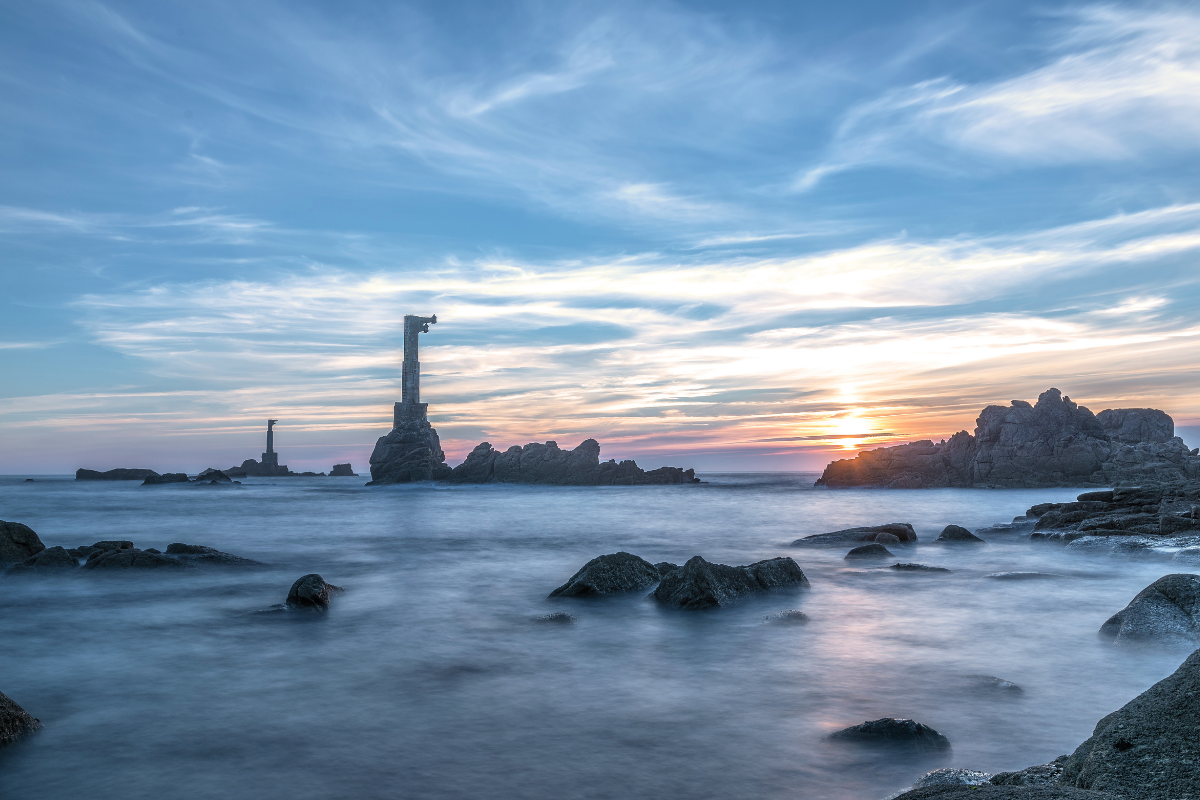 Located in the Iroise Sea, about 20 kilometers from  the Breton coast,  the island of Ushant (Ouessant) is the westernmost territory of Metropolitan France.

As part of the Preventing Plastic Pollution project, partners CNRS, Océanopolis and Parc naturel marin d’Iroise (PNMI) went to Ushant for two days to work with secondary school pupils and local residents and raise awareness of plastic pollution on and around the island.  The workshops sought to explain the problem of plastic waste at sea as well as the consequences of pollution by microplastics on marine organisms, and a focus on waste management adapted to island environments.

On day 1, fifteen pupils, from year 7 to year 10, participated in a first session of presentations and discussions around plastic pollution, including: the characteristics of plastics and microplastics and associated career paths in science and research. Pupils were then divided into three groups before taking part in more practical workshops.

The first workshop consisted of observing microalgae (oyster food) and coloured microplastics (polyethylene) under a microscope in order to explain how oysters ingest their food, which lead to lines of enquiry to be explored further in the second workshop.

The second workshop was a scientific experiment, developed by PPP partner Ifremer, to observe and identify the impacts of microplastics on oysters (read more about this experiment) 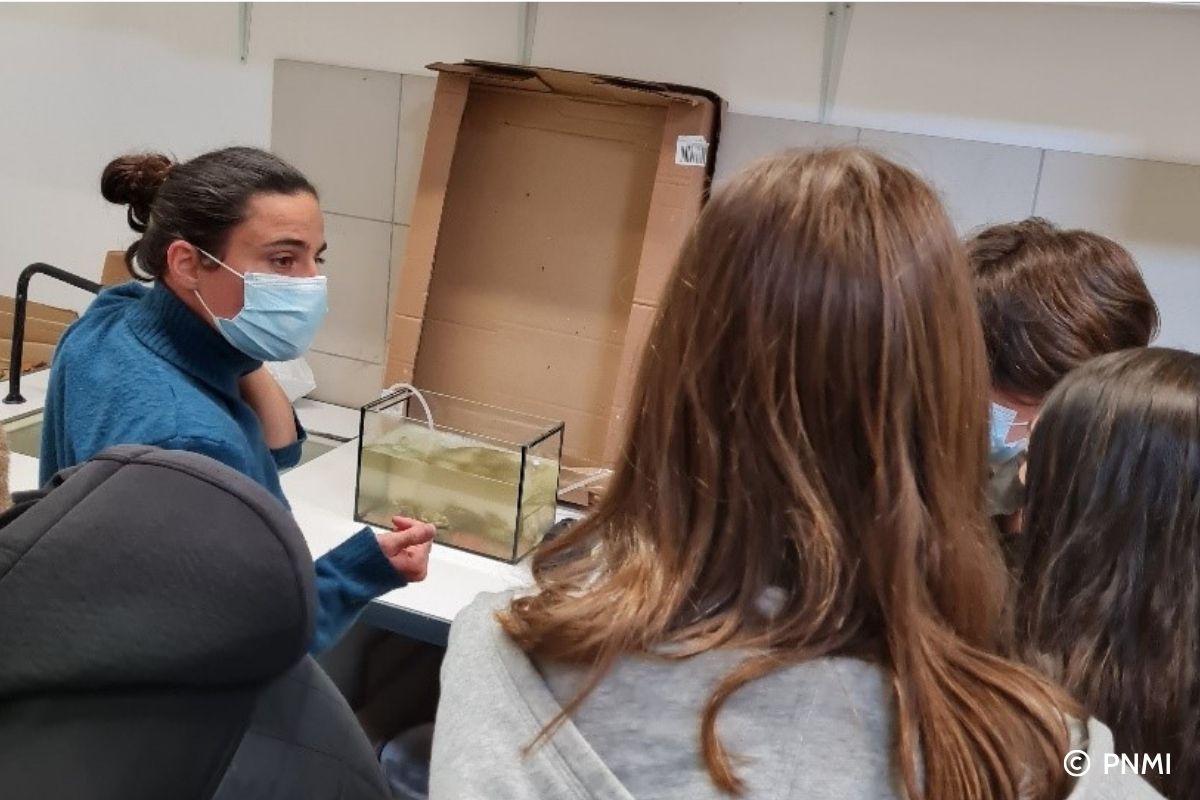 The third and last workshop of the day was dedicated to identifying the different types and forms of plastic present in our everyday lives: from textile fibres to industrial plastic granules (GPI) that can be found on beaches.

On Day 2, lessons were taken outdoors, educators and pupils headed to the Prat beach to carry out a macro-waste litter pick and survey. Finds included: fishing nets, ropes, water bottles and cigarette butts, and all waste was identified and counted using the OSPAR protocol.

Pupils were then able to test the citizen science tool developed by Oceanopolis to collect and count microplastics. To do this, they collected the first two centimetres of sediment at the most recent tide line and carried out a densimetric separation (separating materials of different densities/weight). 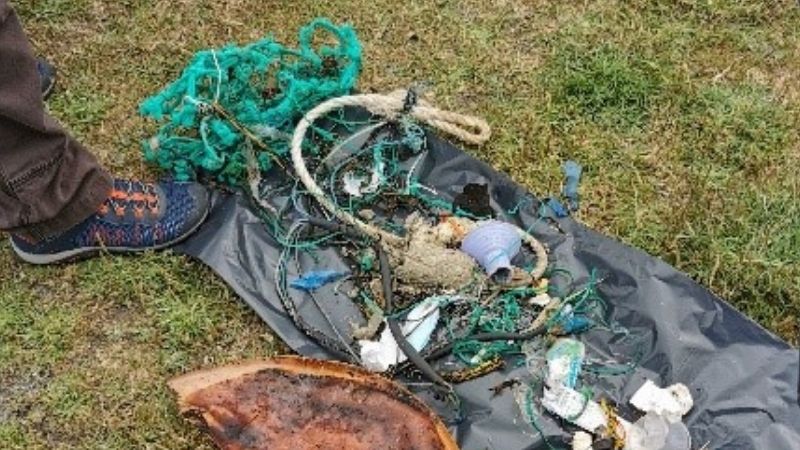 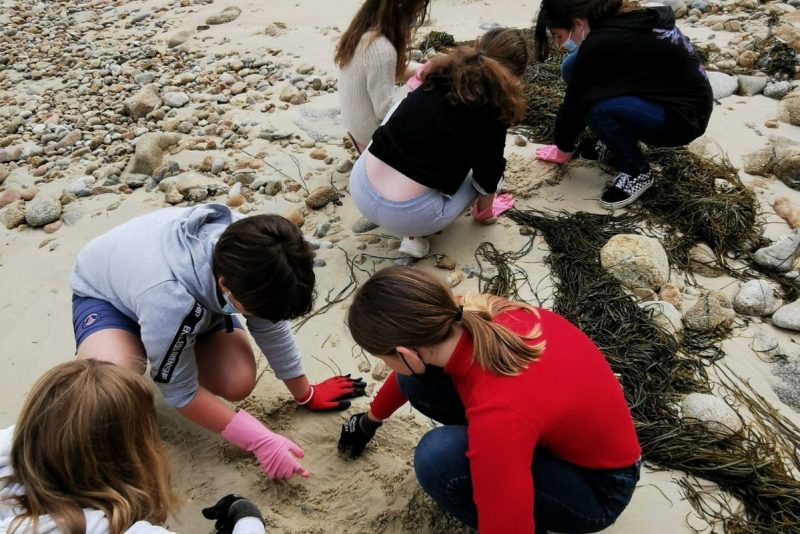 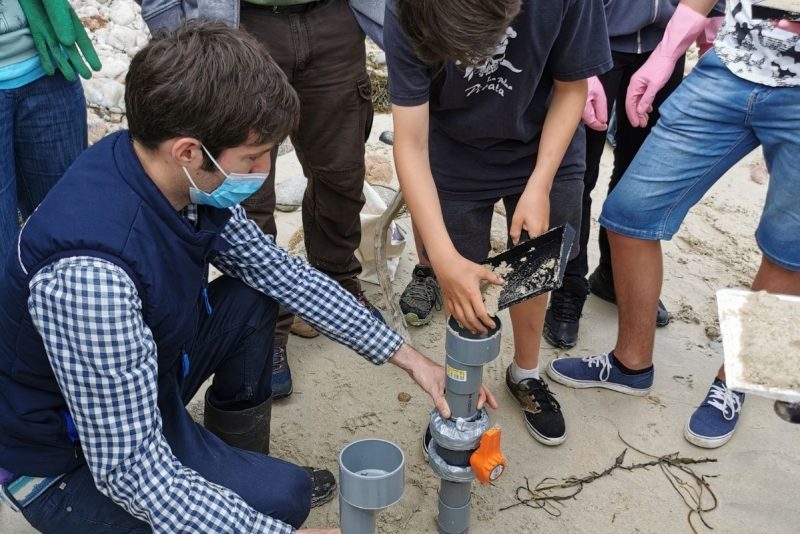 Pupils then took on the challenge of preparing a “zero waste picnic”, making use of alternatives to single use plastics, such as: beeswax wraps, re-usable water bottles, cutlery, and containers.

Finally, the day was wrapped-up with a workshop held by the Association des Iles du Ponant and the Parc Naturel Régional d’Armorique,  with a dozen eco-actors and island residents participating in discussions around microplastics, associated research activities, the use of the Oceanopolis citizen science kit, and the role we all have to play in resolving ecological and environmental issues like plastic pollution.

Following on from these workshops opportunities have been created for the future involvement of Preventing Plastic Pollution in projects on the island, and discussions are underway, led by PNMI, to involve pupils in the work carried out managing waste and fly tipping in the area. The school also wants to get involved in the citizen science project longer term and will contribute to further data capture and surveys using the Preventing Plastic Pollution methodology. The first meeting of eco-actors  on the island has also made it possible to start conversations on further projects to help fight plastic pollution such as the use of tidal bins or the creation of a recycling centre on the island.

This website uses cookies so that we can provide you with the best user experience possible. Cookie information is stored in your browser and performs functions such as recognising you when you return to our website and helping our team to understand which sections of the website you find most interesting and useful.

Strictly Necessary Cookie should be enabled at all times so that we can save your preferences for cookie settings.

If you disable this cookie, we will not be able to save your preferences. This means that every time you visit this website you will need to enable or disable cookies again.